The third article shows that even after long and massive exposure to the second language, early bilingual 5th graders have lower vocabulary depth, listening comprehension and reading comprehension in their second language than their monolingual peers. The difference cannot be explained by differences in socioeconomic status (SES). Their decoding and text cohesion vocabulary skills are equal to those of monolingual learners. In contrast to some other studies, the strength of the predictive path between different aspects of language skills and reading comprehension was found to be equal across language groups. 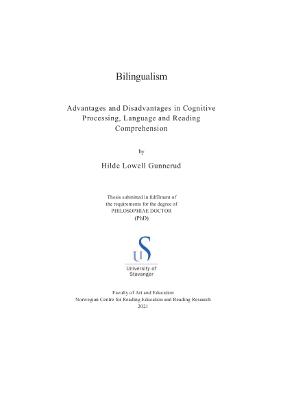